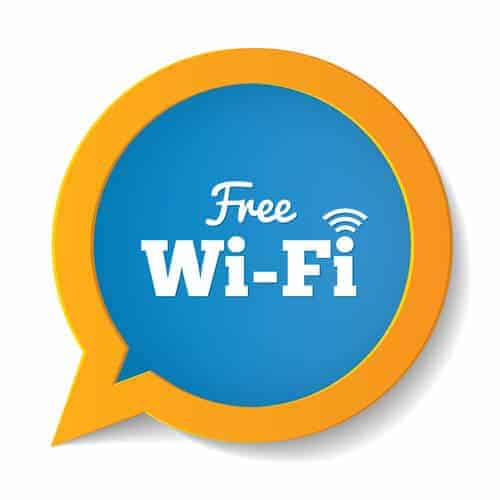 In October 2014, Marriott agreed to pay $600,000 in a settlement with the Federal Communications Commission (FCC) over allegations that its Gaylord Opryland Hotel & Convention Center in Nashville had blocked personal Wi-Fi hotspots from guests and accordingly, had forced them to use the hotel chain’s network … at a price!

One would think that such a fine would be sufficient to stop this practice but Marriott is fighting back, and it’s starting to look like an MMA fighting between the two giants Anderson Silva and Nick Diaz!

In one corner, Marriott, the American Hotel & Lodging Association and Ryman Hospitality Properties with some other hotel chains and in the other… Google & Microsoft together are weighing in on the side of the FCC! (See here and here)

But isn’t it a lost battle for the hotel chains? And what does security have to do with it, when one compares with a city like Tel Aviv offering free Wi-Fi citywide (which I believe will become the norm in the future).

I understand that hotels need to make money, but Wi-Fi is not an amenity anymore, it’s part of everyday life …

Today, when I check in at a hotel, I want to be able to use my three iPhones, my PC and my tablet; and that is if I’m traveling for business. Now imagine how many devices that represent if I’m staying with my family? Hence the logic of a personal private network.

I reached out to Corbin Ball for his views on this: “The major challenge with Wi-Fi is for large convention hotels and centers. Providing free Wi-Fi for 40 people at a Starbucks/Motel 6 is much, much easier than for thousands of simultaneous connections at a major event. The cost to support this is very significant. Part of Marriott’s argument is that they were trying to stop rogue hot-spots that degrade the service for everyone. This is why you frequently experience poor or very spotty Wi-Fi coverage at major exhibitions. An obvious answer is to provide free or reasonably charged W-Fi coverage so people won’t be tempted to set up their own hot-spots. Including the free Wi-Fi coverage as part of the basic room rental fee/guest room fee seems like a good path, but these costs for bandwidth and the constantly evolving internet support infrastructure for big events are very significant.”

Corbin has been heard!

In December 2014, Hyatt Hotels Corporation (NYSE: H) announced that, as of this month, February 2015, they will offer free Wi-Fi at all Hyatt hotels worldwide, providing connectivity and convenience regardless of booking method or loyalty program participation. “It has become an integral part of travelers’ daily lives and a basic expectation,” said Kristine Rose, vice president of brands for Hyatt. “Travelers shouldn’t have to remember which brands or locations offer it for free or the strings attached to get it.” And as I was finishing this blog post, Marriott just announced that they were pulling off of their petition against the FCC and they were going to offer free Wi-Fi to their Membership Rewards Members. Obviously, they have found the solution in terms of … security of the network!

Hotels have to make money, and customers have to understand that there are no free luncheons, but in a world of increased competition (Airbnb anybody?), there must be a common ground where security, profitability and service are not mutually excluded from the equation.

Will the above issue impact your choice of hotels? Why or why not?