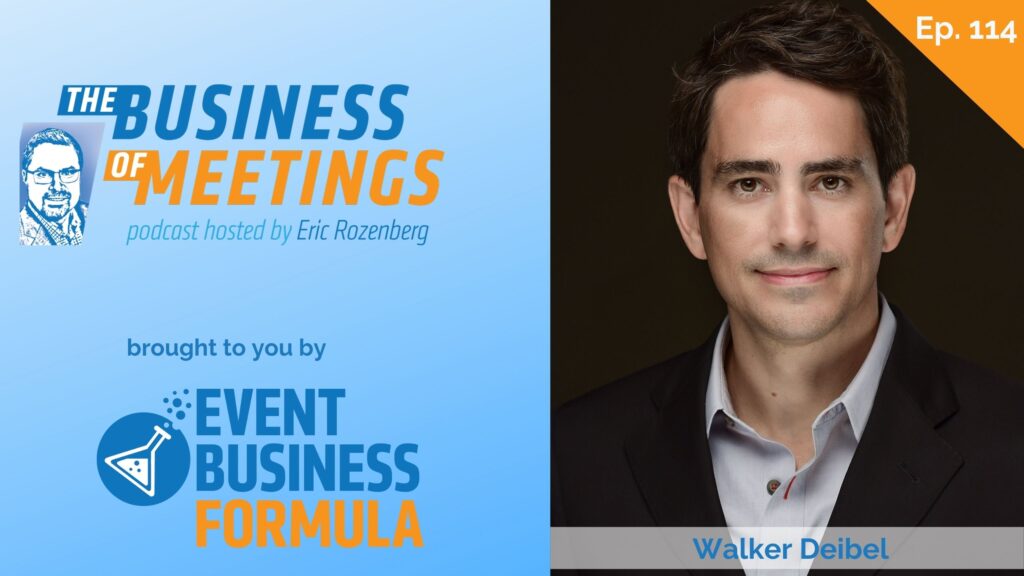 We have the great pleasure of speaking with Walker Deibel today! Walker is a fantastic individual and the number one name in acquisition entrepreneurship! He created the Acquisition Lab and wrote the book Buy Then Build.

Walker is an entrepreneur, teacher, and father. In this inspiring episode, he tells his story and talks about what it takes to be successful as an entrepreneur. He also gets into the benefits of acquisition entrepreneurship and discusses whether it is better to acquire an existing business or start from scratch.
We hope you enjoy listening to today’s memorable and encouraging conversation with Walker Deibel!

Walker is currently the owner of the premiere aluminum railing manufacturer in Missouri and a portfolio of online-based businesses. Historically, he has owned and operated in many industries, including manufacturing, fulfillment, software, education, and eCommerce.

Walker is an Emmy-nominated producer. He worked on almost a dozen films with premieres at some of the world’s most prestigious festivals, including Sundance, SXSW, and Toronto International Film Festival.

He holds an MBA from the Olin School of Business at Washington University in St. Louis, where he received the Declaration of Accomplishment in Entrepreneurship from the Skandalaris Center of Innovation and Entrepreneurship. He is a Pipeline Entrepreneurs fellow and an adjunct professor at Olin, where he launched the acquisition entrepreneurship class for the MBA program.

He lives in St. Louis, Missouri, with his wife and their three children.

Walker grew up in St. Louis, Missouri. Everyone on his dad’s side of the family had a small business. On his mom’s side, everyone was artistic and creative. So Walker developed a creative interest early on but always felt the need to be economically sustainable.

Walker was an English Literature major in school. He became a stockbroker immediately after graduating in 1995, right at the end of the tech boom when the transition from the old economy to the new digital economy was happening.

Walker got laid off during the tech bust along with 6,000 other people. He was full of ideas, so he moved to the San Francisco Bay Area to learn from people doing their own thing in business and ended up getting a foothold in film.

After moving back to St. Louis to get an MBA, he launched a startup with some MBA classmates. Unfortunately, it did not work out, but he learned from the experience. It also helped him get to where he is today.

Walker learned that the first thing you need to do as an entrepreneur is to get off the pay-cheque because it is as addictive as crack cocaine!

Entrepreneurship allows you to live the biggest, most engaging, and most impactful life possible. It is part of you, all-consuming, and it gives you a vehicle for wealth creation and wealth destruction simultaneously.

As an entrepreneur, it is vital to have a strong work ethic and the ability to be imbalanced at times.

The number one reason startups fail

Lack of product-market fit is the number one reason nine out of ten startups fail.

While figuring out entrepreneurship, Walker found that the market was okay, but it was hard to get any data. He also found the market decentralized and fragmented, and there was no efficient way to navigate it. So, after about six months, he went corporate and crushed it!

Walker did not want to spend all his time building a brand for another company, so he started doing a part-time search for a business of his own. Then his dad invited him to work for him in his small company. (It was a surprise because, for all his life, Walker’s dad had told him that there was no role for him in his company.) Walker worked there for about a year. Then he bought the company.

Even though a transition was happening in the print industry and bookstores and newspapers were going out of business because of the internet, more authors were writing and publishing books, and more people were buying books than ever before.

Walker started looking at digital printing technology because he saw that all his publisher customers had massive libraries of books of which they printed only about twenty percent. They ignored the other eighty percent because that would tie up their cash and inventory. Walker realized that if he could turn short-run digital book printing into JIT inventory for his book publishers, his company could have its best opportunity for growth in eighty years.

Walker sold the printing company in 2013 to an acquisition target and subsequently bought another six companies. He knew the public capital market, but he also wanted to understand the private capital market. So he became a Certified M&A Advisor, an M&A Master Intermediary, and a Certified Exit Planning Advisor. He also spent a lot of time working with brokers to learn about the M&A space.

Everything Walker learned about M&A culminated in him writing the book Buy Then Build, which became a best-seller. Along the way, Buy Then Build also became a textbook for 30% of the schools that teach entrepreneurship through acquisition.

Walker wanted a vetted community for The Acquisition Lab, so only about 25% of the applicants get accepted. You will get in only if they think you will succeed. The program takes twelve months. It is designed to meet people where they are and help them succeed in achieving their dreams.

Chelsea Wood is the Managing Director of The Acquisition Lab. Chelsea is a Certified M&A Advisor. She grew a company to three billion dollars and spent five years doing post-merger integration. Karen Heise is the former Director of The Career Center at a top-ranked business school. Chelsea, Karen, and Walker work together to create buyer profiles, bring in debt lenders, and do personality assessments.

Entrepreneurship is not for everyone

Some clues that show entrepreneurship is for you

Acquisition versus starting from scratch

Your ability to tolerate risks, how comfortable you feel with debt, your age, and your level of experience will all indicate to a certain degree whether you would be better off starting from scratch or acquiring an existing business. It comes down to your business idea and how you approach it.

Two ways to grow a company

There are only two ways to grow a company: innovation or acquisition. You can change the world with innovation, but it will take a long time and a lot of effort. For most businesses, buying an existing company is the fastest way to grow because you can double the size of a company in a single day.

Moneyball: The Art of Winning an Unfair Game by Michael Lewis

Buy Then Build: How Acquisition Entrepreneurs Outsmart the Startup Game by Walker Deibel