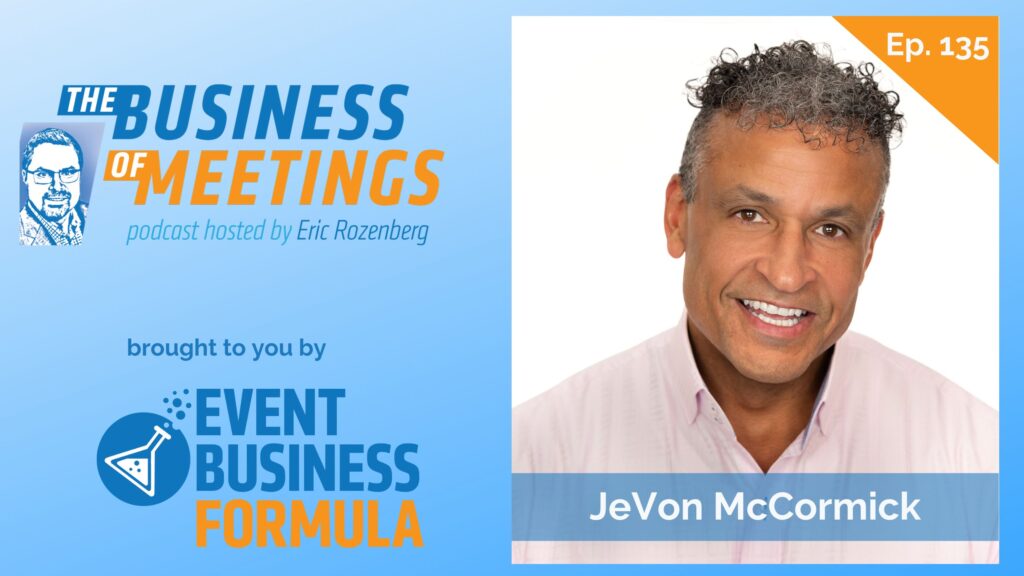 We are delighted to speak with an amazing individual today! JeVon McCormick is a phenomenal person and an incredible leader! He is the CEO of Scribe Media and the author of the bestselling book Modern Leader.

JeVon is top-ranked with Glass Doors and received Ernst and Young’s Entrepreneur of the Year. He was named Best CEO in Austin and Best Culture Company in America! He joins us today to talk about his personal and professional life, share his experience, and discuss his take on diversity, equity, and inclusion.

We hope you enjoy listening to today’s inspiring conversation with JeVon McCormick!

JeVon McCormick was born the son of a Black pimp father and a white single mother on welfare. Poverty, abuse, eviction, and discrimination were a daily part of his life. Today, he’s the CEO of Scribe Media, a multi-million dollar publishing company that was recently ranked the #1 Top Company Culture in America by Entrepreneur Magazine. JeVon’s experiences shaped a mindset for modern leadership that now guides his service as the CEO of a massively successful company that’s redefining the world of publishing.

JeVon’s mother grew up in an orphanage. She had JeVon when she was still technically a child herself. Growing up in the 1970s was hard for JeVon because he was half black and half white and never felt he belonged. He was always trying to fit in. He got molested as a child and was in and out of juvenile prison. He never graduated from high school and had to attend summer school to get his GED.

JeVon’s dad drove him through a very affluent Houston neighborhood when he was about ten. He had never seen homes anything like the ones he saw there before. It was a game-changer for him because it showed him what was possible. As a result, wealth became his goal.

JeVon’s first job after getting his GED was cleaning restaurant toilets. After about a month, he decided to make them the cleanest toilets in Texas. Then he resolved to be the best at whatever he did from that moment forward!

What’s in a name?

After struggling for some time to get a better job, JeVon thought people were reluctant to hire him because he had a black name. So he began to go by JT McCormick. A week later, callbacks, invitations, and appointments began flooding in. From then on, he built his career on the name JT McCormick.

After the murder of George Floyd, JeVon realized that changing his name made him part of the problem. So he reclaimed his name for all the kids with ethnic names living in similar communities to the one where he grew up.

Jevon lives by putting people first. He believes in people, processes, and profits and feels that people should use their profits to do great things for the communities they live and work in.

JeVon is grateful for and proud of his awards. However, he finds it interesting and quite funny that we celebrate CEOs when CEOs are only as good as those they serve and support.

A CEO is a foundational piece of any company. Their role is to serve and support everyone else. They should never make decisions to benefit themselves.

Modern leadership got tested during Covid because there was no playbook for the virus. Covid revealed the difference between true leaders and playbook leaders. Even before working remotely became a thing, JeVon told his people to take whatever they needed from the office to build a comfortable workspace at home. He also announced that no salaries would get reduced, and no one would get laid off.

JeVon does not see DEI as an initiative because diversity has no start or finish. He feels it should be referred to as diversity, equity, and inclusion rather than DEI because actually saying the words opens up a real conversation. He also points out that most Fortune 500 chief diversity officers are black women, many of whom are now coming out and saying they are getting no support in moving their DEI initiatives forward.

JeVon has been a successful leader because he puts people first and does things differently. He does not want to recruit and retain people. He prefers to attract great people and provide them with a phenomenal culture, meaningful work, and great salaries.

Much of the language used in business today comes from an antiquated playbook. People don’t realize that some of it even comes from the plantation business model. For example, referring to people as “human capital”, or “greatest assets”, implies human trafficking or slavery.

As Americans, we need to respect others, listen to them, and seek to understand their lived lives. We need to ask questions and learn from others.

Rather than being destroyed, offensive statues should be placed in museums because they are part of history and serve to educate future generations.

Do the right thing