143: How to Keep Your Best People with Mike Desjardins 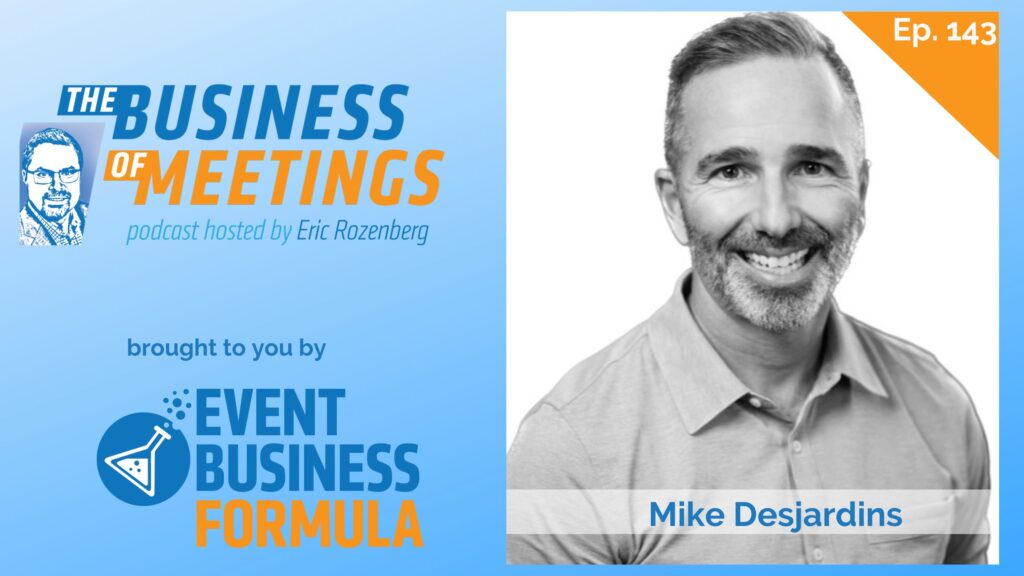 We are delighted to be speaking with Mike Desjardins today! Mike is an amazing development leader! He created a company called ViRTUS that works with large corporations to help them with leadership development.

Mike is with us today to discuss his business and developing a company culture.

We hope you enjoy listening to today’s fascinating conversation with Mike Desjardins!

At the heart of ViRTUS is our CEO, Mike. Mike is emotionally intelligent and driven. His core motivation is to make a difference in the lives of others. That is to say, his passion is creating positive change for his colleagues, clients, and community.

With a Bachelor of Commerce from UBC’s Sauder School of Business, a CPHR designation, and over two decades of experience transforming businesses, he is a master in the realm of strategy and leadership development. From entrepreneurial businesses to large public companies and public-sector organizations, Mike focuses on driving return on investment in every client engagement.

In June 2002, the Entrepreneurs’ Organization (EO) invited Mike to become a member. After spending six years on the board, he served as President of the Vancouver Chapter. In January 2006, Mike was the recipient of the BIV Top 40 Under 40 Award. From 2010-2016, Mike sat on the board of directors for the Human Resource Management Association of BC (now CPHR BC). Since 2017, Mike has been a member of the Advisory Board of Robinson Group.

Mike focuses on strategy, growth, and vision for ViRTUS. Passionate about leveraging his team, he engages them all in co-creating ViRTUS’s future vision and determining their role in it. Above all, ViRTUS is his vehicle to empower leaders, both within the company and among our clients.

Mike is passionate about skiing, yoga, running, CrossFit, and anything in the self-improvement bucket. In his community, his focus is on what he can do for others, and he loves nothing more than spending time with his daughter and wife.

Mike’s story began when he was in his second year of college when a company offered to pay for the rest of his business school tuition in return for him working for them after he graduated. That turned into a ten-year journey, which led to him becoming president of the second-largest division of that company.

A journey of personal exploration

Mike achieved all the goals he wanted to have by the time he was thirty, just after he turned twenty-six. Although his life looked great on paper, he realized he did not enjoy the life he had created. That sent him on an eighteen-month journey of personal exploration to figure out what he truly wanted. Then an opportunity arose for him to do a startup. So he quit his job in 2000, joined the startup, and leaped into an uncertain future.

Over the next few years, Mike bought out all four other partners in the original business, which focused on developing leaders in peer groups. He did not want to replicate his previous life in which he traveled all the time, so he decided to go after what was ten percent of the business revenue and grow and expand that so he would not have to travel so much.

When Mike’s company lost half its revenue in September of 2008, he gave himself four months to get things working again. Just before his deadline, a utility company in British Columbia asked him to do some work for them the following year. They also asked him to pre-invoice them, which covered all his outstanding costs, and kept the company going.

Soon after that, they landed five big brands. That put them on the map, so they leveraged those brands to get as many other companies as possible. That allowed them to spend the next ten years focusing on doing the work they love, developing leaders, from CEOs and executives to VPs, directors, high-potential leaders, and managers, with a firm grounding in emotional intelligence.

Part of Mike’s decision to build a great life came from him recognizing that his father’s premature decline and early passing as a result of Parkinson’s disease; Lewy body dementia, could also happen to him.

Mike insists everyone on his team takes their vacation every year rather than getting paid out for it, and everyone gets to take off the week in and around Christmas. In the summer when they are not so busy, he also gives his people “Half-day Fridays” so they get more time to enjoy the good weather!

Mike’s employees are given the flexibility to take time off during the week to get their hair cut, do some shopping, or pick up their kids from school. They will make up the time later.

Mike’s business has a very high level of accountability, and everyone looks out for everyone else. That is why it works so well!

A big challenge with company culture is not letting things slide. When they are allowed to slide, it says that things are okay and that eventually becomes part of the culture. Similarly, exceptions must get recognized as exceptions.

A deeper level of empathy

As a result of the pandemic, there’s been a fundamental shift over the last two years that resulted in a need for leaders to have a deeper level of empathy.

Based on what we are seeing today, Mike predicts that the business world will change to a hoteling model in the future. That means people will no longer be expected to work in centralized offices from nine to five, Monday to Friday. Instead, they will work with a flexible hybridized model that allows them to come and go as they choose between their homes and company-owned offices, with empathy from their boss.

He also thinks that many people will leave companies that are inflexible or change their occupations entirely and get into different lines of work.

When fear gets in the way, people tend to do bad things. The same thing can happen to leaders with strong personalities.

Build: An Unorthodox Guide to Making Things Worth, Making by Tony Fadell