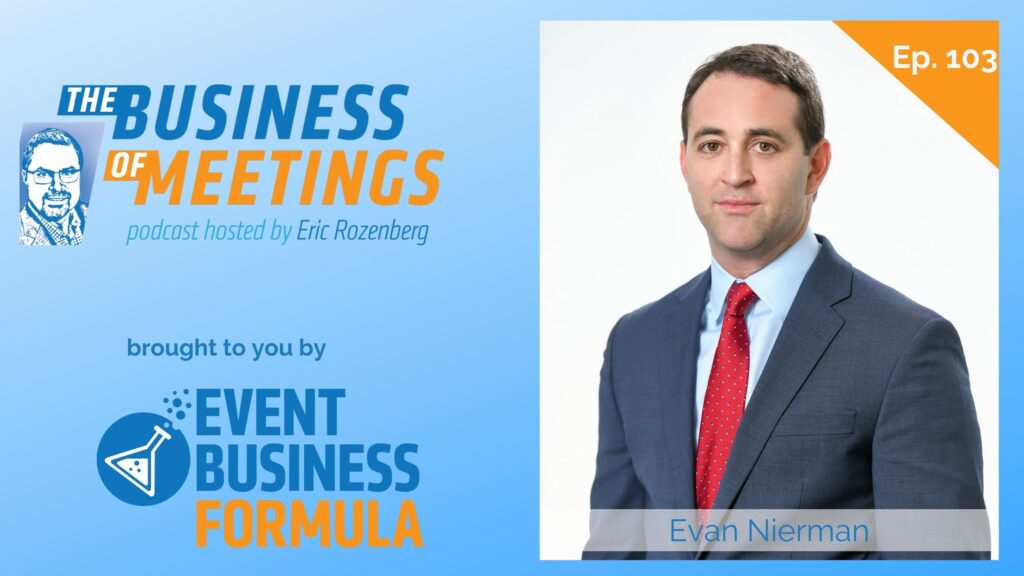 Today we are happy to speak to Evan Nierman, the CEO, and Founder of Red Banyan! Evan is the guy behind the curtain who helps people in any type of crisis! He is an amazing individual with tons of experience in communication, crisis, and public relations. He is the author of the bestselling book, Crisis Averted: PR Strategies to Protect Your Reputation and the Bottom Line.

In this episode, Evan tells his story. He explains why he started his company, Red Banyan, and the challenge he had to face after starting it. He talks about his book and shares the lessons he learned along the way to becoming a successful entrepreneur.

We hope you enjoy our conversation with Evan Nierman today!

Evan Nierman is the Founder and CEO of Red Banyan, an international crisis management, and public relations firm.

Evan and his team have provided counsel to a diverse group of celebrity, political, corporate, and private clients, helping them navigate high-stakes situations to achieve the optimal outcome.

He is also the author of the best-selling new book Crisis Averted: PR Strategies to Protect Your Reputation and the Bottom Line.

Evan was born and raised in Shreveport, Louisiana. He studied communications at George Washington University in D.C. After graduating, he spent the next seven years-and-a-half years working in communications between the U.S. and Israel. After that, he worked at a high-stakes and crisis communications firm in D.C. for eighteen months and then moved to South Florida to work for a startup as their Spokesperson and Communications Director. After doing that for a year and a half, he decided to start a business and founded Red Banyan.

Immediately after graduating, Evan left to attend an event he had been planning for several months. Senator Bob Dole was the speaker, and the event took place just after he had lost the run for president.

The biggest event Evan has ever assisted in planning was the AIPAC Conference in Washington D.C., with 20,000 people attending. Until Covid, that event happened every year for 20 years in a row, and Evan was there for every event without missing a single year. Planning those events was always a mammoth undertaking, and it involved an enormous amount of logistics.

People are not always how they appear on TV

In the twenty years he spent in D.C., Evan noticed that sometimes the people who seem the nicest on TV turn out to be the worst, and those with the worst reputations are the nicest.

Evan Nierman decided to leave his first job because he was afraid of being pigeon-holed or becoming a one-trick pony. He needed to see what else was out there and wanted to test himself.

When Evan moved to Florida, his wife was nine months pregnant with their second child, and they knew almost no one. He advises anyone with an opportunity to move to Florida not to do it with a heavily pregnant wife or in the middle of summer.

Evan decided to leave the startup because he knew it would soon blow up in a bad way. He got well educated at the startup and learned a lot about venture funding, but he wanted to get out and do his own thing before things went wrong.

Starting Red Banyan out of desperation

He started Red Banyan out of desperation because he knew that the company he was working for would not make it. In both the jobs he did after leaving AIPAC, he ended up not enjoying the culture of the organizations or the way they did business. So he gave himself one year to see if he could make Red Banyan work.

Why did Evan start the kind of business he did?

Evan started his business because it involved doing what he knew. He is a communicator, and he did not know anything else.

The challenge he faced when starting his business was that he was good at doing the work, but he did not understand how to be an entrepreneur.

Evan’s involvement with EO and getting coaching and mentorship from other entrepreneurs made all the difference. In time, he got the education he needed, so he transitioned from thinking of the business as a consultancy to building an enterprise and an organization that could operate with him at the helm but did not need him for the day-to-day.

Looking back, he finds it hard to believe that he was willing to make that leap. But he knows he is doing what he needs to do, and he learned many valuable lessons along the way.

Evan believes that if you have the right mindset and mentality, all your experiences in life will lead you on a journey. So you have to trust that whatever you are doing is right for you.

Learning from your mistakes

You learn more from your mistakes than you do from your wins.

Evan Nierman learned from his experience as an entrepreneur that getting paid something was better than earning nothing. He also discovered that you can’t afford to have too much revenue tied up in one client.

Evan wrote the book Crisis Averted: PR Strategies to Protect Your Reputation and the Bottom Line, and he also read Evan’s book, Crisis Averted, on Audible.

In his book, Evan explains that PR and crises are not only for the big dog. They are for everyone. That has never been more important than right now because we live in a dangerous time. So a good person trying to do the right thing is never more than one bad article, comment, review, or accusation away from facing an existential crisis.

Connect with Even Nierman