104: Taking Care of Your Mental Health 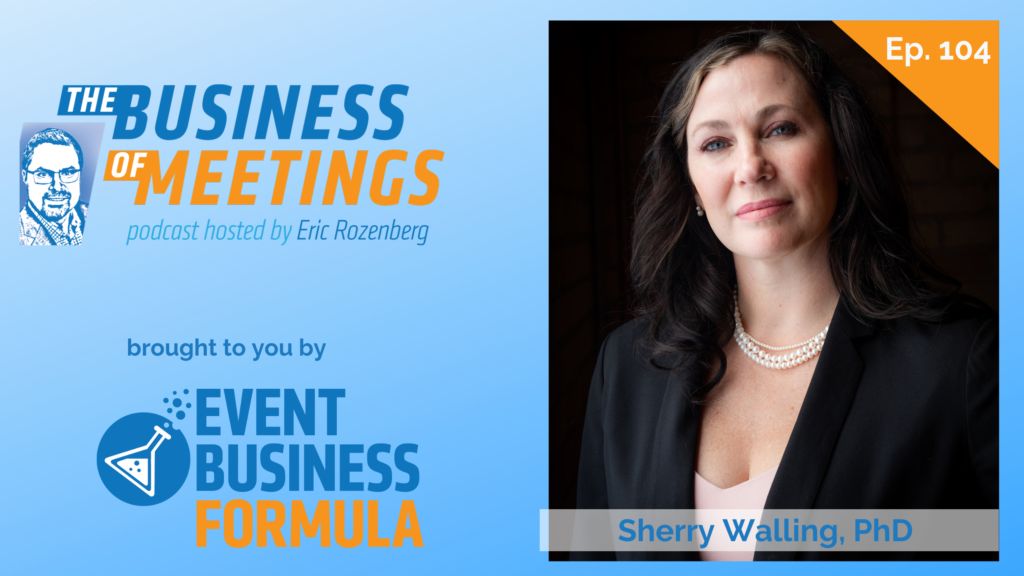 We are delighted to be speaking to Sherry Walling, PhD, today about entrepreneurship and mental health. She and her husband are both entrepreneurs and Sherry hosts the ZenFounder podcast, which has produced 300 episodes so far. She is also the owner of a company called ZenFounder. Sherry offers mental health advice for entrepreneurs. She has a new book coming out soon, called Touching Two Worlds. It is about mental health and ensuring that you know how to take care of yourself as a business owner.

In this episode, Sherry tells her professional story, shares her experience, and talks about her new book. She describes the similarities between trauma from combat and the trauma experienced by entrepreneurs. She also talks about using psychedelic drugs to cure trauma, what we can do to prevent burnout, and coping with grief as a business owner.

We hope you enjoy our insightful conversation with Sherry Walling!

She hosts the ZenFounder podcast, which has been called a “must listen” by both Forbes and Entrepreneur Magazine and has been downloaded more than 1,000,000 times. She is also the host of Mind Curious, a podcast exploring psychedelics and innovations in mental health care.

Her best-selling book, The Entrepreneur’s Guide to Keeping Your Shit Together, combines the insight and warmth of a therapist with the truth-telling mirth of someone who has been there. Her soon-to-be-released book, Touching Two Worlds, explores new strategies for grief and wholeness in the aftermath of loss.

Sherry and her husband, Rob, reside in Minneapolis where they spend their time driving their children to music lessons. She has also been known to occasionally perform as a circus aerialist.

Sherry started her career as a clinical psychologist working in a traditional environment. She worked with veterans at the VA Hospital, so she developed expertise in treating trauma and post-traumatic stress disorder. She found that the traumas of the people she worked with often occurred within the context of their jobs, so she often helped them work through their relationship to their jobs.

She later started working with entrepreneurs, helping them to explore their relationships with their business or work when their business is psychologically expensive.

The mental health of entrepreneurs

Two tipping points made Sherry decide to start a business of her own. The first happened in 2017, when Aaron Swartz, the founder of Reddit, committed suicide. It upset her husband, and Sherry realized she could help by offering some skills and insight into that community. So she started a podcast, a series of conference presentations, and some open public conversations around mental health in the entrepreneurial community.

The second tipping point happened a few years later when her husband sold his company. They moved from California to Minneapolis, so Sherry left her job and decided to do something new and different.

There are many similarities between the work Sherry does today and the work she did before with veterans. Both situations involve working with highly motivated people climbing ladders and chasing goals. She found the personalities of the people she has worked with, in both situations, quite similar.

Trauma consistently affects all bodies. It causes an overwhelming amount of physiological stress. Trauma from combat looks physiologically similar to trauma related to a sexual assault or a shooting incident, so a similar conversation is required to integrate the bodies of all traumatized people with their minds and hearts in their pursuit of health.

Trauma falls on a spectrum. PTSD trauma is on one end of the spectrum because the system gets completely overwhelmed. On the other end of the spectrum, there is some homeostasis, calm, or relaxed state. The stress that comes from entrepreneurship is somewhere in the middle.

For some entrepreneurs, the threat of potentially losing their livelihood can be traumatic.

In research studies, the use of MDMA, or Ecstasy, has shown tremendous promise for treating PTSD. Sherry co-hosts another podcast called The Mind Curious, which addresses using psychedelics for mental health.

Sherry recommends activities like play, exercise, and meditation to prevent burnout because those activities provide balance for the brain.

Sherry thinks we will see a combination of hybrid, remote, and in-person for work in the future.

Business owners should be a little more authentic than they usually permit themselves to be around grief. Grief usually requires stopping and being still for a while. If you are a customer-facing professional or deal with people in your job, create corners in your life where you have space for grief.

In Sherry’s new book, Touching Two Worlds, she wrote about what was happening in her life after losing both her dad and her brother within a few months. It contains memoirs and her thoughts as a psychologist on coping with grief a little better. It is due to come out in July.

On Zen Founder Podcast and The Mind Curious Podcast