148: The Way of The Seal with Commander Mark Divine 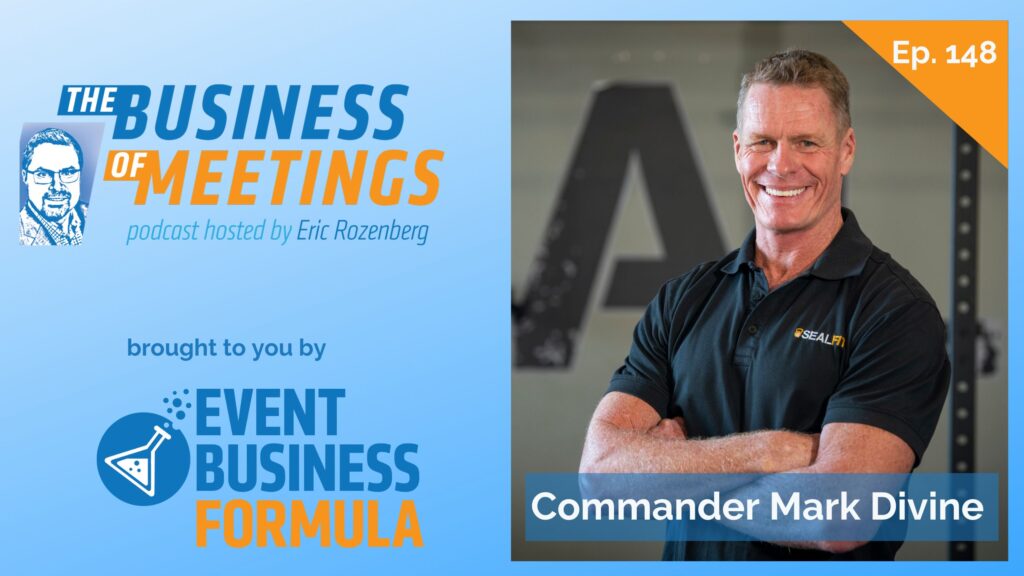 Today, we are honored and delighted to speak with Mark Divine, a former Commander of the SEALs!

Mark is an amazing individual! He is spent 20 years with the Navy SEALs and is a business entrepreneur and a New York Times Bestselling author! In this exciting episode, he discusses how to get to know yourself, knowing how to breathe, how to focus, and how to control your thoughts.

We hope you enjoy listening to today’s fascinating interview with Mark Divine!

Mark Divine is an entrepreneur, New York Times best-selling author, philanthropist, and one of the world’s top leadership and coaching experts.

After a successful 20-year career as a Navy SEAL and SEAL Commander, Mark was hired by the Navy to create a nationwide coaching and leadership program for the SEALs. The bold goal of this program was to give the SEALs the best leadership and mental-management tools in the world – to help them forge unbeatable SEAL teams that achieve mission success in the most stressful, challenging environments on earth.

Divine’s leadership and coaching program for the SEALs was so effective that it’s now being used outside of the Navy by top CEOs, Fortune 100 companies, USA Olympics, elite universities, major league sports franchises, celebrities, and successful individuals from all over the world.

Mark Divine is the author of 5 best-selling books, including his latest book Staring Down The Wolf: 7 Leadership Commitments That Forge Elite Teams. He hosts a #1-ranked podcast on iTunes (Mark Divine’s Unbeatable Mind) and is the founder of 5 successful companies: Unbeatable Mind, SEALFIT, NavySEALs.com, CrossFit, and the award-winning Coronado Brewing Company in California.

Divine believes that any individual, team, or company can unlock 20X performance with the right tools and training. His company, Unbeatable Mind, helps millions of people achieve their full potential in life and business through their free training resources and advanced training programs for leaders, corporate teams, coaching professionals, and high-achieving individuals.

As a philanthropist, Mark Divine founded the Courage Foundation to help our wounded Veterans suffering from Post-Traumatic Stress (PTS). Recently Divine and his Courage Foundation team set a world record by completing over 22 million burpees to raise awareness, support, and funding for our Veteran heroes.

While getting his MBA at New York University Stern School of Business and working toward becoming a CPA, Mark began meditating under the auspices of his martial arts instructor, who was also a Zen practitioner. He discovered he was physically amenable to the meditation practice and started training daily. Six to nine months later, he began experiencing intense flow states and sensing energy moving through his body. He also started coming out of meditations feeling that he was accessing who he truly was and bringing back information. He saw that he had been following someone else’s script and understood that he was not supposed to be the CPA, MBA financial guy making a ton of money.

Mark began journaling and asking questions about his true calling before meditating. Then, after meditating, he began sensing the idea that he was meant to be a warrior. Through that, he learned that one’s calling in life is not a job or career. It is what you are, and it has an archetypal energy to it.

The notion of the warrior kept coming back to him. So he accepted it and began to imagine different ways of becoming a warrior. When he saw a poster in a Navy recruitment office about the Navy SEALs, he knew that would be his path to becoming a warrior. He decided to finish his MBA and CPA studies and apply what he had learned with the SEALs.

A sense of certainty

Mark applied for the SEALs but did not get his hopes up because they only take two civilians a year into Officer Candidate School and Navy SEAL training. After about nine months of visualizing himself as a Navy seal, a sense of certainty washed over him. Two or three days later, the recruiter called to tell him he was accepted.

The essence of visualization is creating a “future memory” by tapping into who you are and focusing on the purpose of what you are doing and how you will use it to serve others. The more you focus on that future memory, the more you create a magnetic pull, and the more real whatever you visualize becomes.

After being accepted by the Navy, Mark knew he needed to do everything in his power; physically, mentally, and emotionally, to get through the SEAL training. So, inspired by the book Think and Grow Rich, by Napoleon Hill, he developed a visualization practice to help him succeed. He later developed that practice even further to become the Mind Gym. The Mind Gym is a mental place you go into to do meditation and visualization. In it, you build an imaginary sacred place where you are held and protected, and your mind is held steady. You can invite imaginary advisors and your future self to join you and share information in your Mind Gym.

After getting married, Mark transitioned into the reserve SEAL teams and launched SEALFIT to teach the skills he had learned to other SEALs, operatives, business professionals, and corporate teams.

Mark refers to the skills he developed, refined, and taught as the Big Four. When practiced for 20 minutes daily, those skills help people reconstruct their lives and achieve goals they previously believed were insurmountable.

A 30-day in-house training program, called the SEALFIT Academy, was created by Mark to teach his Big Four skills to the “Western Warriors” who wanted to learn them. Out of that, he developed another three complete training programs: SEAL FIT, Kokoro Yoga, and Unbeatable Mind. Those programs are so effective that 90% of the Navy SEAL candidates who complete them get through the Navy SEAL training!

In order to overcome the training programs of consumerism, corporatism, and social media, Mark teaches his trainees to notice where they get conditioned and how to deconstruct that conditioning. To do that, they must create healthy habits around nutrition, sleep, exercise, time in nature, stress management, and community practices. He calls these the Six Pillars.

People develop mental toughness when they learn how to control their thoughts and emotions. That can be achieved by practicing mindfulness and meditation.

Overcoming unhealthy societal conditioning and create a new and non-violent culture, we need to take back control of our lives. Mark recommends doing that positively. So, we should not fight back against the government or corporate interests. Rather, we should ignore all the negativity and violence, develop and cultivate a positive mindset, and have a positive view of the world and the future.

Mark created the Courage Foundation about five or six years ago to raise awareness about the high suicide rate among veterans, to support veteran organizations, and to help veterans with PTSD.