108: Giftology – Give to Get with John Ruhlin 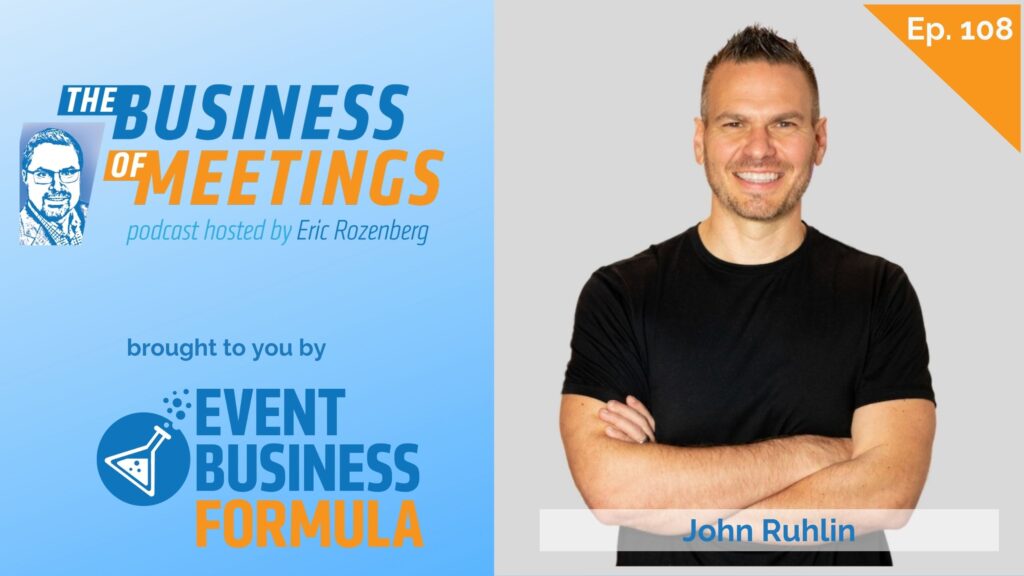 Today, we are happy to be speaking with the legendary John Ruhlin! John is the founder of Giftology, and he is full of energy and great ideas!

In this episode, John tells his fascinating story and talks about how he created Giftology. He explains how he developed the understanding of giving personal gifts and shares his best marketing and sales referral tool. He also discusses why you should focus on your inner circle and why he wrote the book Giftology.

We hope you enjoy listening to today’s enlightening conversation with John Ruhlin!

John Ruhlin is the world’s leading authority in maximizing customer loyalty through radical generosity. He is the founder and author of Gift·ology and has been featured in Fox News, Forbes, Fast Company, Inc, and the New York Times. While becoming the #1 performer out of 1.5 million sales reps for one of the world’s most recognizable brands, John developed a system of using generosity to gain access to elite clients and generate thousands of referrals. He and his firm now help automate this process for individuals and organizations like UBS, Raymond James, DR Horton, Keller Williams, the Chicago Cubs, and Caesar’s Palace. John and the Gift·ology team can help any individual turn their clients into their own personal sales force to drive exponential growth.

John grew up in a modest family on a farm in a small town in Ohio. He learned, early on, that if he wanted something, he had to work for it. John did very well at school and wanted to become a doctor or a chiropractor. But his life and plans changed after he started dating a girl whose father, Paul, was a generous rain-making attorney.

Paul showed up in unusual ways for his relationships. That inspired John to want to be just like him at sixty. John was interning with Cutco, selling knives to pay for med school. He was not good at selling, and after he pitched to Paul, Paul offered to help him hit his goals.

Paul taught John that everything boiled down to relationships. Paul explained that if you take care of the family in business, everything else takes care of itself. That struck a chord with John. He started to mimic Paul in his relationships and sent some expensive knives to some CEOs he wanted to meet with as gifts. After pitching the CEO of a large insurance company, John walked out with an order for 1,000 knife sets!

Cutco has worked with about 2,000,000 sales reps over 70 years. John became their number one distributor in the entire global history of the company by using the idea of giftology.

Giftology is about building relationships. If you want referrals, deal flow, or employee retention, you need to inspire people to want to advocate on your behalf.

John learned early on that if you go all-in and show something in your relationships, it will come back to you a hundred-fold. He found it one of the best marketing sales referral tools on the planet!

All over the world

John now owns a consulting agency that teaches people how to do giftology. He also writes books and speaks about it all over the world.

The core of his business

The core of John’s business is teaching people how to love relationships thoughtfully and at scale, while moving people emotionally.

What John discovered about gifts

John discovered that it does not help to send people a gift with your logo on it. It is better to send them something personal with their name on it.

A recipe for building relationships

John noticed that there was a recipe for building relationships with giftology. For it to work, you have to follow the recipe to the letter because every tiny detail and every intention counts. We were designed to want to reciprocate and do nice things for people who do things for us with no strings attached.

Everyone wants to be appreciated, acknowledged, and loved. The companies crushing it all lead with kindness, generosity, and love. They care for their employees and clients and invest in them.

John believes that the inner circle matters just as much as the person writing the checks because those people influence the decisions.

John treats event planners like gold because they have gone out of their way at times to become sales reps for his brand.

Show up repetitively and consistently

John wrote the book to spread the idea of giftology to others. He also wanted to drive credibility, have a global impact, and be the first one in the leadership space to talk about using gratitude and generosity to grow relationships and revenue. He has sold 110,000 copies in the last six years, and it changed everything for him!

Covid has shifted the priorities of many, but humans still need to connect. So although Covid made John realize that he can have an impact from afar, he still enjoys appearing on a big stage once or twice a month, shaking hands with people, and signing books.

Giftology: The Art and Science of Using Gifts to Cut Through the Noise, Increase Referrals, and Strengthen Client Retention, by John Ruhlin

Save Your Asks: Evolve Your Networking Currencies. Grow Your Influence. Triple Your Business, by Chris Tuff