109: Life By Design with Jack Daly 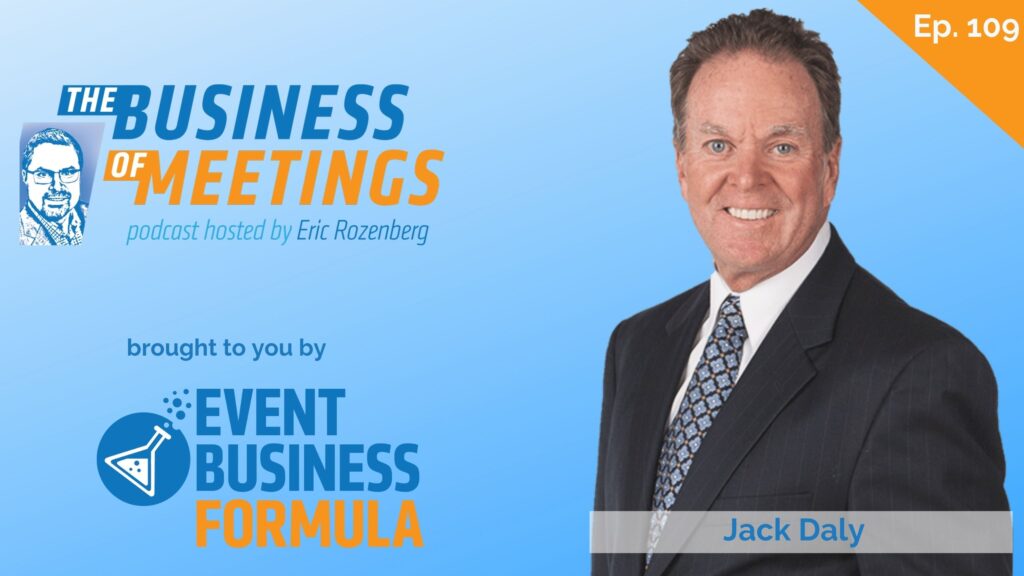 Life By Design with Jack Daly

We are delighted to be speaking with a legend today! Jack Daly is a phenomenal individual! He is known worldwide as a subject matter expert in the sales side of the house and as a business person who knows how to scale companies. About eight years ago, Jack wrote a book called Hyper Sales Growth which sold tremendously when it came out and continues to sell exceptionally well today.

A few weeks ago, Jack went to market with his latest book, Jack Daly’s Life by Design. It is the tenth book he has written and a project he has wanted to do for several years for various reasons.

We are thrilled to have Jack back on the show today! In this episode, he tells his story and talks about his new book. He shares his experiences and discusses the importance of being disciplined. He also explains how to maintain a positive mindset and the importance of knowing what your personal values are!

We hope you enjoy listening to our amazingly inspiring conversation with Jack Daly!

Jack Daly is a leading sales speaker and trainer with over 30 years of sales and executive experience. Jack’s track record is a testament to his real-world knowledge and extensive expertise in sales and sales management. He started his professional journey at the CPA firm, Arthur Andersen, and rose to the CEO level of several corporations, building six companies into national firms along the way, two of which he subsequently sold to the Wall Street firms of Solomon Brothers and First Boston.

In addition to his comprehensive professional background, Jack holds a BS in Accounting, as well as an MBA, and was a Captain in the U.S. Army. Jack Daly is an Amazon Best Selling Author and has written and contributed to many books, including Hyper Sales Growth and The Sales Playbook for Hyper Sales Growth. Jack is a 15-time Ironman competitor and has completed over 93 marathons in 50 states and on seven continents. He achieves these goals and lives life to the fullest by following his own Life by Design techniques.

On six different occasions, between the ages of 26 and 46, Jack sketched out a business plan and convinced others to join him. They grew those companies in the US to become national firms, two of which were sold to Wall Street.

For the last 25 years, Jack has been touring the world as a professional speaker and helping people grow their businesses.

Jack has run many marathons. A few months back, he completed his hundredth. He has also done fifteen full and several half Iron Man competitions.

Jack joined the ROTC (Reserve Officers’ Training Corps) when he was in college. Even though he has a Bachelor’s and a Master’s degree, the courses that made the most difference in his adult life were those related to the military. They taught him to be disciplined, focused, goal-oriented, and responsible and gave him insight into communications skills, systems, and processes.

How leaders are built

As an adult, Jack has been fortunate to visit all the military schools to see how leaders get built.

Jack measures everything! He has been at it for over sixty years. Every year, he adds a few more things relative to his life as it evolves. He enjoys making year-to-year comparisons as he grows and matures.

You need to be disciplined in how you invest and spend your time and what you do with it.

Jack has faced many challenges in his life. He uses the mantra: “Focus on that which you have control over” to help him stay upbeat in attitude.

Before Jack lost his wife to cancer, he had discussions with her about how he should take her passing and how he should behave afterward. They decided that he should hug the memories and then craft a plan for his future.

Jack’s military training taught him to do his best and keep on focusing forward.

The tenth-fastest-growing company in the US

In 1998, Jack owned the tenth-fastest-growing company in the US. One year later, he had to let 240 people go in one day. It was terrible, but he focused on the few people he had left and re-built the company.

Jack is now re-married to a client he has known for more than twenty years. He is living a happy life!

When he was thirteen, Jack interviewed fifty successful people and asked them for advice. One of the things they told him was to be focused, not to try to do too many things, and set a date for getting them done. Then, they advised him to measure everything and share it with others to pressure himself. He has detailed that process in his new book, and he has also included blank templates for people to use to design their lives.

A less than ideal life

Jack has observed many who are successful in businesses but have lived less than ideal personal lives.

Jack can only help those who know what they want, so he challenges you, the listener, to define and measure what a successful life means to you.

Jack wrote the book Jack Daly’s Life by Design for anyone who wants to lead an exceptional life. He also wrote it as a legacy for his kids and his grandkids.

An important message from Jack

A chapter in Jack’s bo explains that you are never too old. Even though he is 73 years old and has lived an exceptional life, he believes that his best years are still ahead of him!

You need to know your values to design your way to success. Jack’s book starts by asking readers if they know what their personal values are. That is because the definition of success is personal, and it differs for every individual.

Jack ran his first marathon when he was 46 years old. After that, he ran one a year for the next ten years. He has subsequently joined a club that runs marathons in all fifty states, and he now aspires to run a marathon in all seven continents!

Jack wants to live for another 52 years! He has some fun projects ahead of him that include a tour around the world doing workshops to help people create a life plan for themselves, writing children’s books, and teaching kids how to become entrepreneurs. He also has a website called Jack Daly’s Life By Design.Com.